Love it or hate it, Valentine’s Day is here. With all the lovey dovey goodies popping up all around you, it’s certainly the sort of holiday that’s hard to ignore. Whether or not you’re the type of lovebird to opt for a night out with your sweetheart complete with roses and a box of chocolates, or if you’re just treating it as just another day, there’s no reason a cocktail shouldn’t be involved. Plus, if you’re a part of the service industry yourself, chances are you’ll be working one of the busiest nights of the year, and you’ll need a drink for sure after that.

What is it about this holiday that puts us in a frenzy? Surely you don’t need to empty out your bank account trying to prove to someone that you love them, but us humans sure love a themed celebration, so why not get a little ooey gooey if you’re into that sort of thing. Oddly enough, Valentine’s Day is probably a lot more ancient than you think.

The first celebration of the holiday was in 496 AD! With origins in the Roman festival of Lupercalia, which was a celebration of the coming of Spring, Pope Gelasius l replaced Lupercalia with St. Valentine’s Day. Who was St Valentine you may ask? He was clergyman, either a priest or a bishop, who ministered ministered to persecuted Christians in the Roman Empire. When he died, he was martyred then buried on February 14th, which was then observed as the Feast of St. Valentine and later became Valentine’s Day.

It is somewhat unknown as to why we made Valentine’s Day all about love, but perhaps it’s due to a poet named Geoffrey Chaucer, who linked the day to the first day of Spring in Britain, and little someone named William Shakespeare. By the early 1900’s, the tradition of exchanging Valentine’s became widespread, and has now become a well-known way of celebration on February 14th.

If you’re still out there looking for love, don’t fret. If you’re deeply in the throws of love, congratulations, and if you’re happily alone, we still raise our glasses to you. Here are a few festive pink cocktails for your drinking pleasure this V-Day. 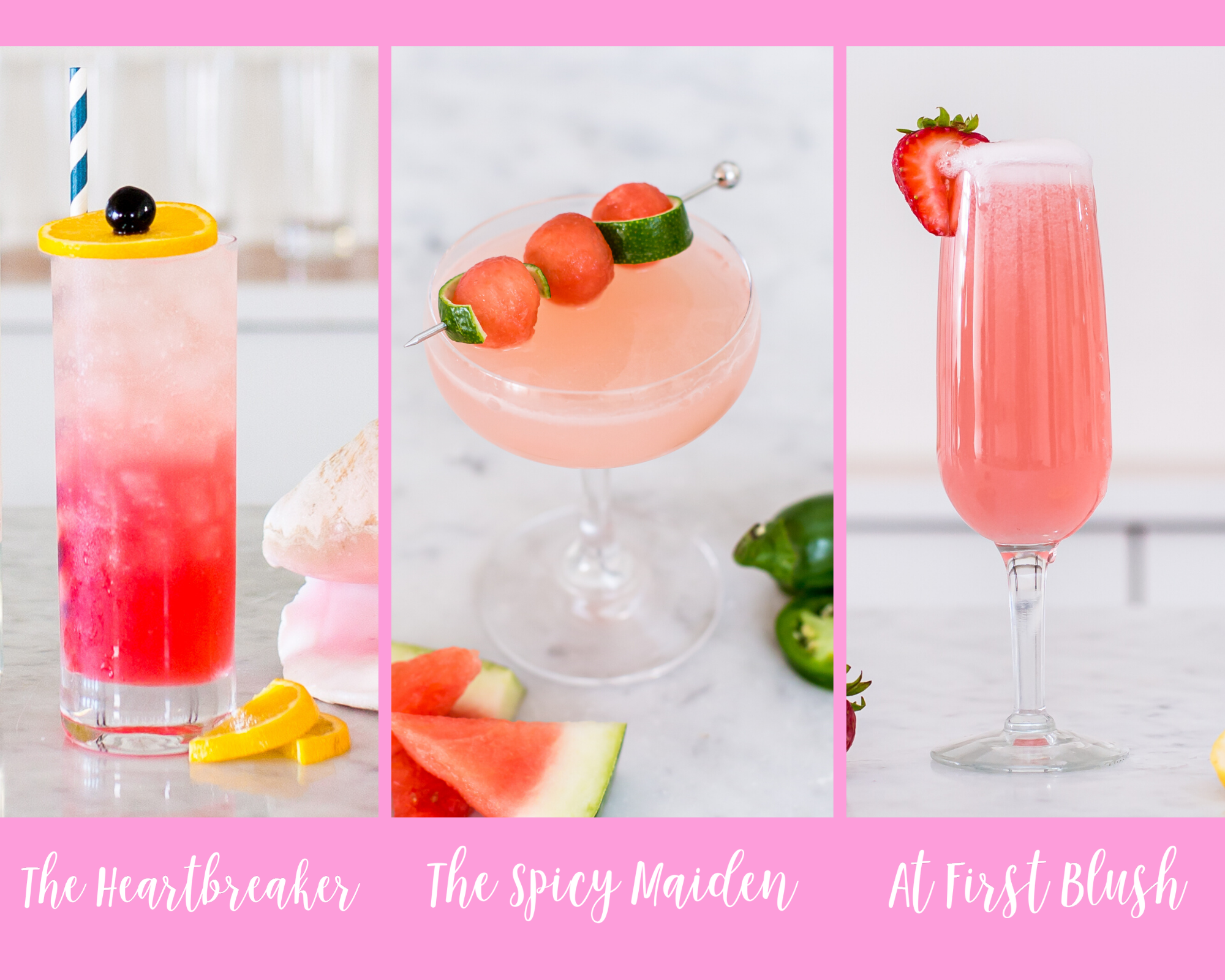