An Unpretentious Guide to Agave-Based Spirits and Sotol

Mezcal is one of those topics that most people don’t know much about. However, after trying a few styles and talking with a bartender for 10 minutes, one might have built up enough liquid courage to believe themselves an expert. Contrary to this article’s title, the point of this guide is to be as short and precise as possible and break down the difference between various agave-based spirits. 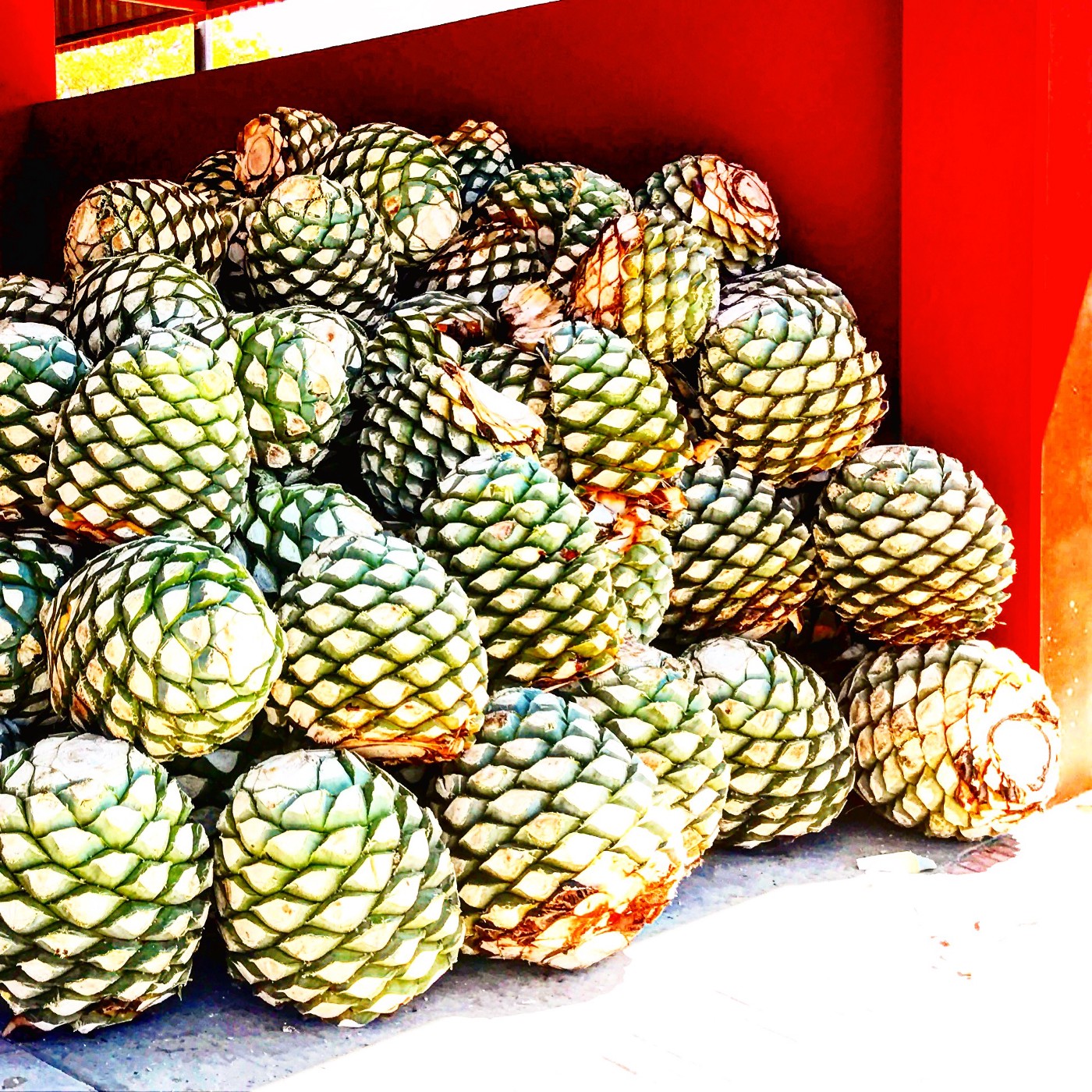 What is Agave?
Agave is a perennial succulent that grows in the arid regions of North and South America. The plants take 8 to 12 years to fully mature, and flower only once in their lifetime. The base of the agave plant is called the pina, which is where the agave stores its food source and the part of the plant that is used to make mezcal.

Mezcal
Mezcal is a Mexican distilled spirit made from ANY type of agave. The word Mezcal literally means “oven-cooked agave.” In the category of Mezcal, there are many sub-categories that depend on the varietal of agave and the location it is grown and distilled. The most popular styles, or subcategories, of mezcal that you should find in most mezcalerias are Raicilla, Bacanora, and Tequila. 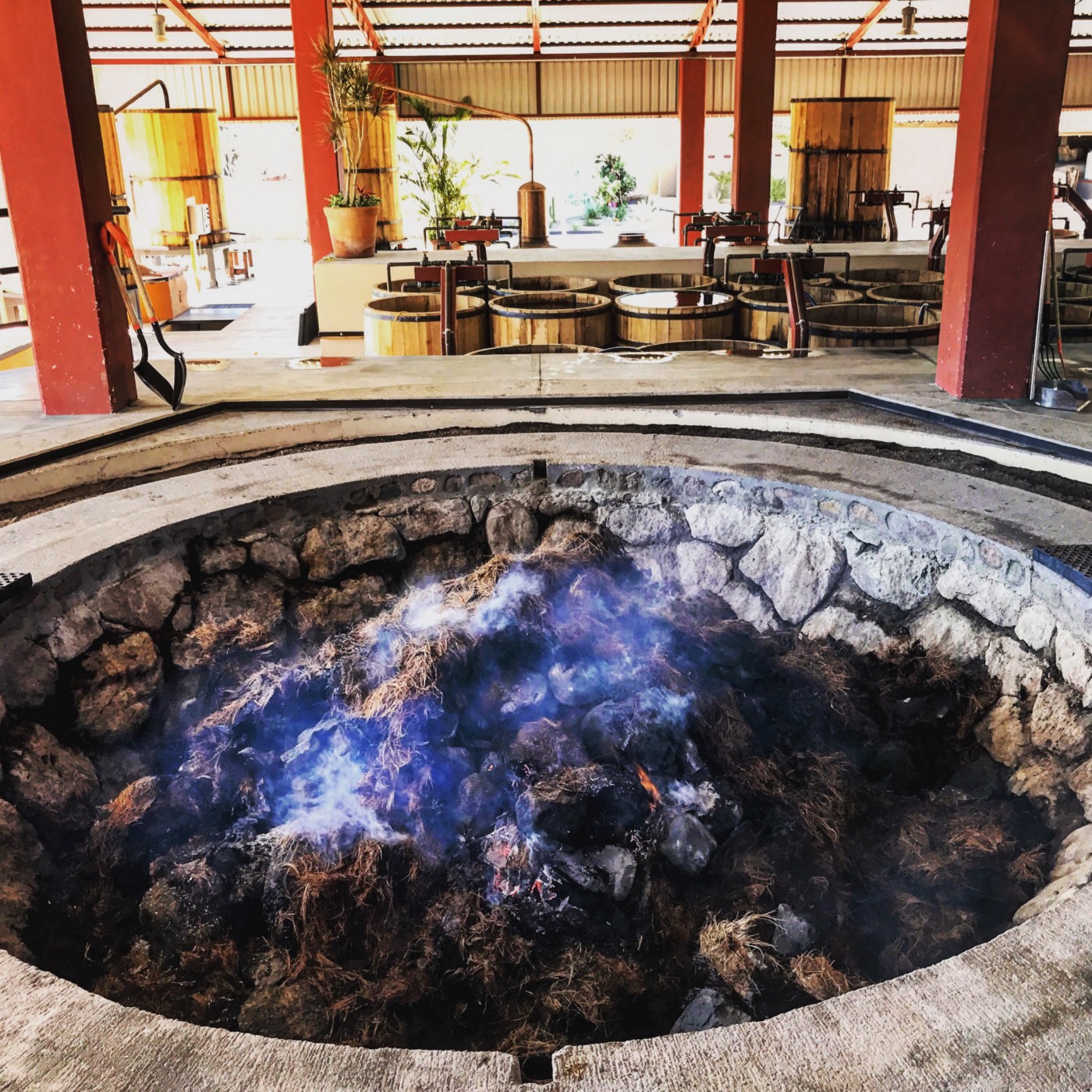 Most Mezcal is still handcrafted by small scale producers in small villages, and the majority of these production houses use methods that have been passed down for hundreds of years. This is one of the differences between Mezcal and Tequila—Tequila tends to be produced more industrially. The process of mezcal production begins by harvesting the agave. While there are exceptions to this procedure, depending on location and mezcal style, these are the basics.

After removing the agave leaves, the pinas are placed in a pit in the ground. The pit is then covered with leaves, fiber and straw and left to cook for about three days. This is how mezcal gets its smokey flavor. The cooked agave is then mashed, traditionally by a mule and a large round stone. Water is then added to the large vats and the agave is left to ferment. After the mash has fermented, the liquid is distilled in either clay or copper pots. The product is then bottled and sold. 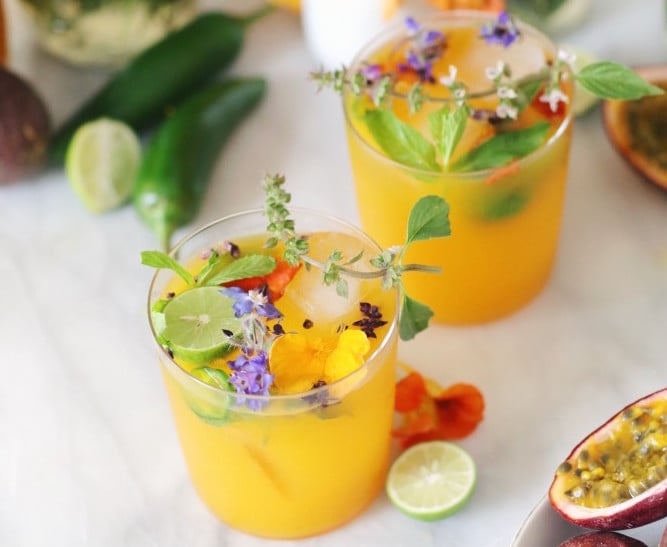 Raicilla is the newest Mezcal to hit the United States, and so far, it is very welcome. It’s produced in Jalisco, Mexico and made from not just one agave, but two: agave lechuguilla and agave pata de mula. Unlike many mezcals, Raicilla is produced in above-ground ovens, so you don’t get that typical smoky mezcal flavor.

Bacanora is another type of Mezcal that is beginning to become more popular with the amount of Mezcalerias that are opening in the U.S. It comes from the wild agave Pacifica, also called Yaquiana, or Bacanora. This type of mezcal can only be produced in Sonora and was actually illegal until 1992.

Tequila
Let’s move into the largest subcategory of Mezcal, Tequila. If there’s one thing you should take away from this article it’s this—All Tequila is Mezcal, but not all Mezcal is Tequila. Tequila is the most regulated of all the Mezcals. Tequila can be produced between 35% and 55% alcohol content, and U.S. law states that Tequila must contain 40% alcohol to be sold in the United States. There are two basic categories of Tequila— Mixtos and 100% Agave. Mixtos must contain no less than 51% agave with other sugars making up the remainder. 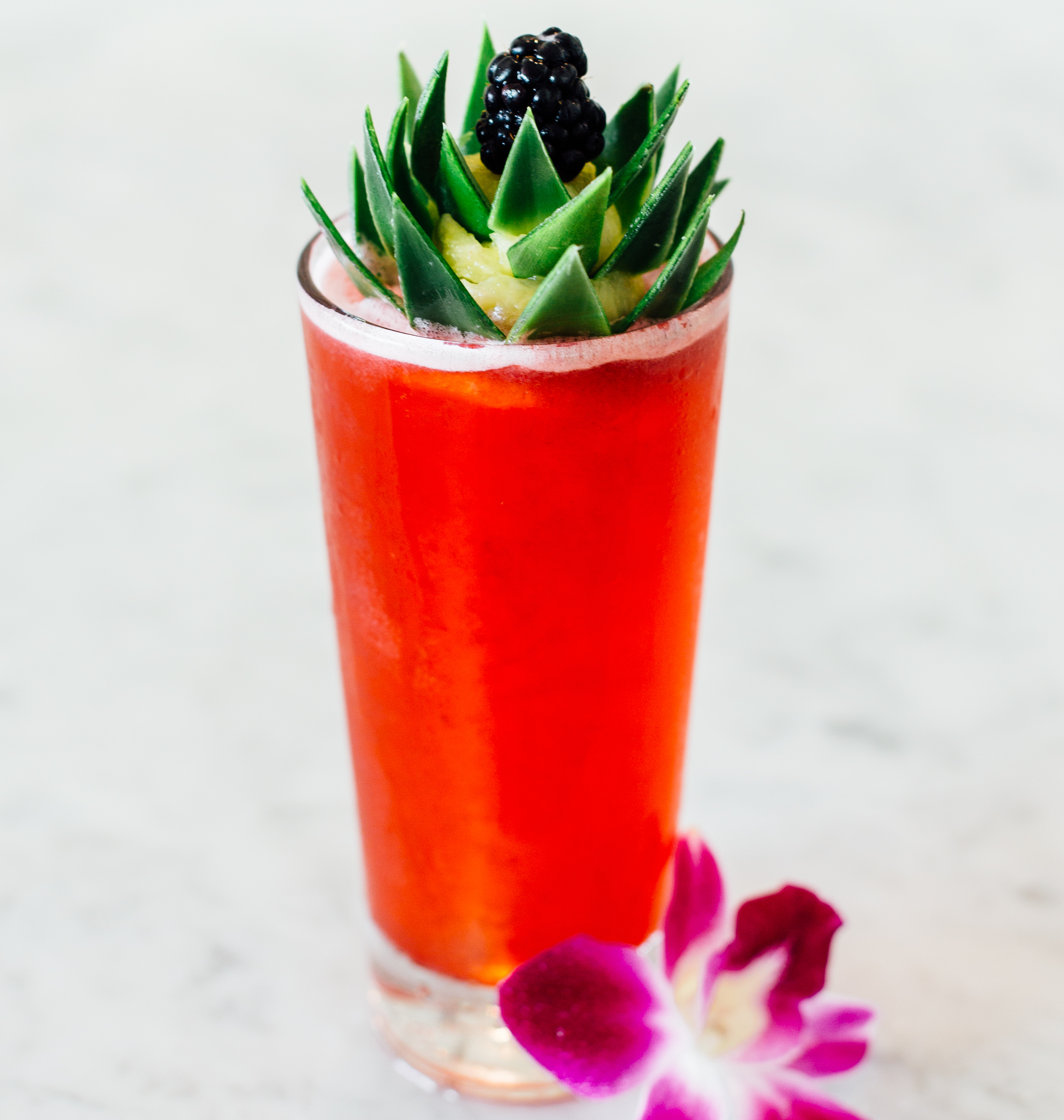 There are also four different styles of tequila:

Sotol
Sotol is often confused with Mezcal, but it comes from the Desert Spoon plant. The Desert Spoon looks much like an agave, making it easy to be confused. Unlike agave, which flowers only once in its lifetime, sotols produce a flower stalk every few years. It typically grows in the rocky slopes of the Chihuahuan Desert of Northern Mexico, Texas, New Mexico and parts of Arizona. The first sotol distillery in the nation, Desert Door, was founded by three entrepreneurs— Judson Kauffman, Ryan Campbell and Brent Looby. 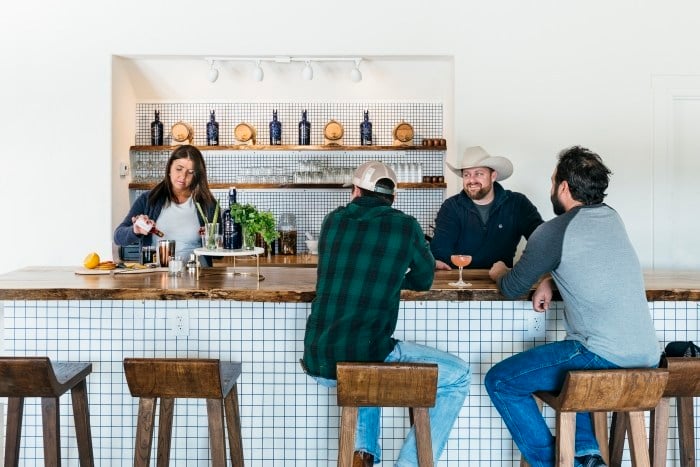 They came up with the idea in college at The University of Texas at Austin while taking a class at the McCombs School of Business, called “New Venture Creation," and it became a reality in November 2017. Desert Door is a 10,000 square foot facility, located in Driftwood, Texas, which is 24 miles southwest of Austin. 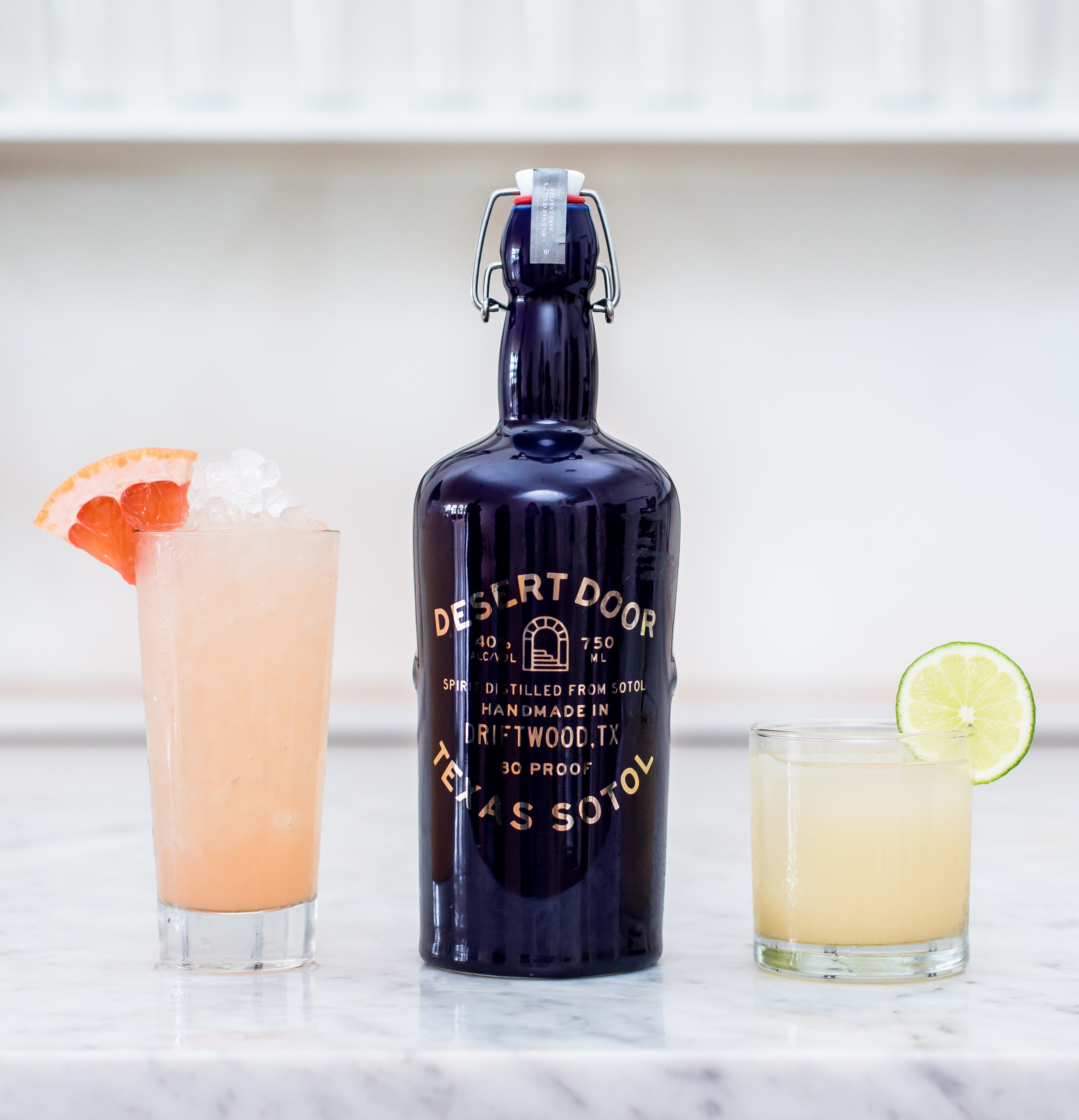 While sotol is a relatively new spirit, there are many mezcals on the market and over a hundred agaves that they are made from. This guide only scratches the surface of agave spirits! Wish to learn more about mezcals and sotol?